Online course “Advanced Data Structures in Java” at Coursera have finished last week and I felt that after these cool five weeks it is worth to recap and summarise my impressions.

At start, do not be mislead by course name. It is not about all advanced data structures what would be a very broad topic, but about graphs, searching algorithms and path calculations.

During the first week we have learnt about data structures that can be used to represent graphs – Adjacency Matrix and Adjacency List – and what are best use cases to choose each of them. Next we had to create a class hierarchy for map search engine to be used as a framework during the rest of our assignments. Assignment from this week also required to implement Breadth-first Search (BFS) algorithm. DFS was also covered but we have not coded it in our assignments as it can not be used to find shortest paths.

Third week was about implementing Dijkstra and A-Star algorithms and how they can be created using BFS as a base. Using BFS as a starting point helped me to understand these algorithms much faster. Fourth week was theoretical one, only one without an assignment. So there were no coding but more lectures about Travelling Salesman Problem, NP Complete and NP Hard problems and different types of graphs (Eulerian, Hamiltonian).

Final week was the most creative one as we were asked to implement an extension to any of algorithms we have learnt about. We could extend A* or Dijkstra to use not only distance but also road type or speed limits to find the fastest route or we could try to improve speed of any of these algorithms or… or we could create completely original extension. I have chosen to implement something I called “Route Calculation Cache”, quote from my submission:

My extension remembers calculated routes and when another user wants to find similar route, extension will retrieve
this stored route instead of starting duplicated and extensive calculation. This will decrease execution time
and user will see routes in a shorter time.

And after that course ended after five weeks with graphs. 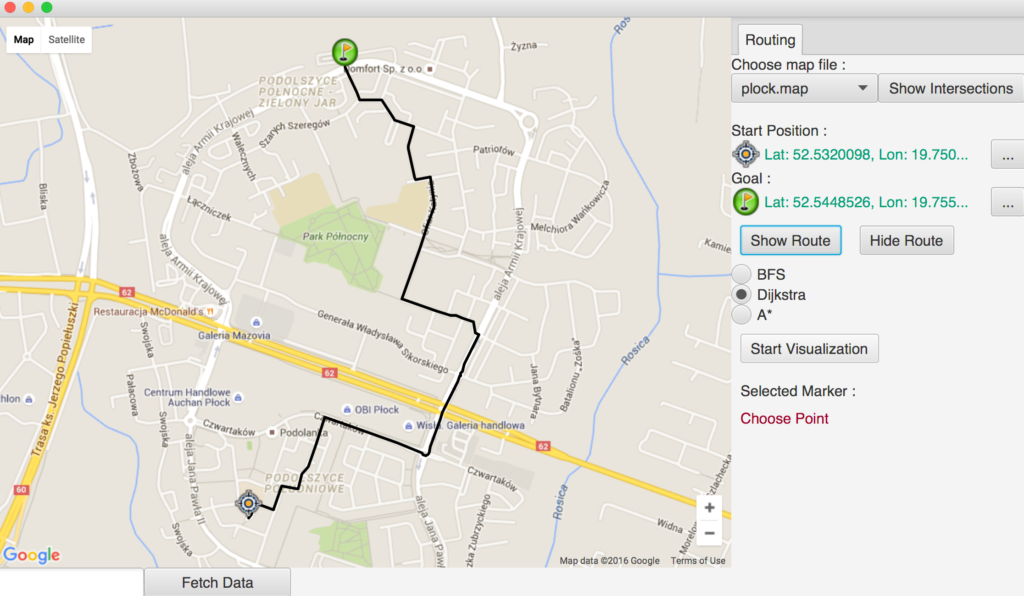 I am happy that I have enrolled “Advanced Data Structures in Java”. I have refreshed some long forgotten knowledge about graph structures, learnt a lot too so definitely it was time well spent. Also a satisfaction after successfully finishing a five-weeks long course is a nice feeling.

And what about you? What are you thoughts about this course or online courses in general?

Wicket Ajax Modal ‘Are you sure?’ window